The Venetians – A Play Reading and Virtual Talkback with the Playwright, Matt Barbot

Join us at Fenimore Art Museum’s Lucy B. Hamilton Amphitheater overlooking Otsego Lake for a play reading of The Venetians . The program is offered on two evenings: Wednesday, August 31 and Thursday, September 1—starting at 6:30 p.m. Admission to the play reading is free with a suggested donation.

Immediately following each play reading, audience members can submit questions for the playwright, Matt Barbot. Matt will take part in a Virtual Talkback premiering Friday, September 2 at 7:00 p.m. on Facebook. Many of the questions gathered after the performances will be answered in this pre-recorded discussion.

In The Venetians, Othello, the Moorish general, wants to give his beloved Desdemona the beautiful secret wedding she deserves, but that means borrowing money. Unfortunately for him, the Jewish moneylender Shylock has spent too long among the terrible people of Venice to see this marriage as anything but a death sentence for Othello. Unbeknownst to Shylock, however, his own daughter has begun an illicit romance that may bring the whole world crashing down on all their heads. A crossover between Shakespeare’s The Merchant of Venice and The Tragedy of Othello, The Venetians uses two classical outsiders to ask questions about immigration, assimilation, national identity, and what acceptance truly means.

This project is made possible with the generous support of Art Bridges. 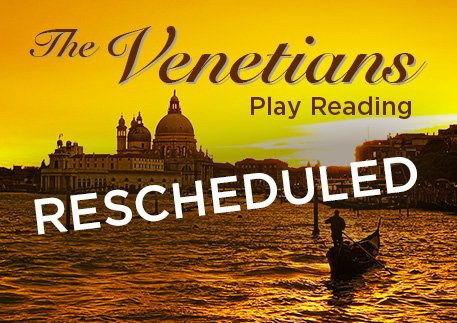