REBROADCAST: Smuggled Lenses: The Politics of Documentary Photography at Manzanar

REBROADCAST – Smuggled Lenses: The Politics of Documentary Photography at Manzanar:

A Conversation with Nerissa S. Balce and Vince Schleitwiler

Documentary photography is sometimes shaped by a false notion of “objectivity,” which supposes that a powerful image is one “untainted” by politics. But since its invention, photography has always been political and has been used both to further war and conquest and to challenge acts of injustice. During World War II, the mass incarceration of over 125,000 Japanese Americans was documented officially by government-approved photographers and surreptitiously by incarcerees themselves, and the artistry of their image-making cannot be separated from its politics. Join us for a conversation on the work of three renowned photographers: Ansel Adams and Dorothea Lange, who recorded as outsiders, and Toyo Miyatake, a prisoner at Manzanar who was an award-winning photographer from Los Angeles. This rebroadcast of this important discussion is offered in conjunction with the exhibit, Manzanar: The Wartime Photographs of Ansel Adams, on view at Fenimore Art Museum April 1 – July 25.

This is a rebroadcast of a live Zoom program that took place on May 15th of this year. There is no charge for this event, but if you value this type of program, please consider a donation of $10 or above in order to assist us in continuing to provide you content in the future. Thank you.

Nerissa S. Balce is an associate professor of Asian American studies at SUNY Stony Brook. She is the author of Body Parts of Empire: Visual Abjection, Filipino Images and the American Archive (University of Michigan Press 2016), winner of the Best Book award in Cultural Studies from the Filipino Section of the Association for Asian American Studies. The book was also a finalist for the best book in the social sciences & interdisciplinary studies for the 2018 Philippine National Book Awards. She is currently writing a book on Philippine & Filipino immigrant culture after colonialism & fascism.

Vince Schleitwiler teaches comparative ethnic studies at the University of Washington. He is the author of Strange Fruit of the Black Pacific: Imperialism’s Racial Justice and Its Fugitives, and critical writing in African American Review, Film Quarterly, International Examiner, Black Agenda Report, and elsewhere. He has collaborated on numerous public art and humanities projects related to Japanese American history, and is currently co-editing a rediscovered phototext manuscript on postwar Chicago by his grandfather, the photojournalist Vince Tajiri. A Yonsei, or fourth-generation Japanese American, he is a descendant of incarcerees at Salinas, Santa Anita, and Poston. 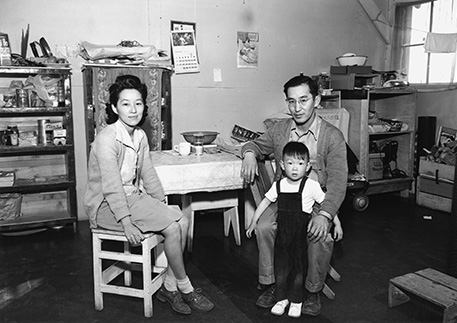