Our NEXT! Play Reading Series scheduled for March 14 and 28 have been canceled. But despite the lack of an audience, the show will go on! We’re working on a contingency plan to record these readings and over the next few weeks they will be available on FenimoreArt.org and Facebook for you to watch at your convenience. Thank you for your understanding as we begin to plan our first ever VIRTUAL PERFORMANCE!

Over a 15-hour workday in mid-October of 1968, a handful of GI’s on Kitchen Police (KP) at a small Army fort wrestle with daily life in the Army, while the escalating Vietnam War remains on everyone’s mind. Someone on the base has broken into the PX and stolen certain items, so the Mussolini-like commanding officer has ordered a major inspection, throwing everyone’s day into turmoil. This is particularly true for Spc. 4th class Ross, whose departure from the Army the next day is now threatened, and for his buddy Spc. 4th class Walker, who puts himself in jeopardy to protect Ross. PTSD, race relations, homophobia, and the absurd war loom over all. And before the day is over, the future for many of these men on KP, and for the Army itself, is forever changed.

Free admission! Donations are gratefully accepted.
The NEXT! play-reading series continues its mission to celebrate and inspire Central New York playwrights, as well as to introduce their work to a larger audience. Giving playwrights the ability to collaborate with local directors and performers, this series also welcomes the valuable feedback from the public which is critical to the development of any new work. Four plays each year are selected on the basis of their literary and artistic merit, and are presented free to the public in the Fenimore Auditorium. For questions, please call Mike Tamburrino at 607-547-1453. 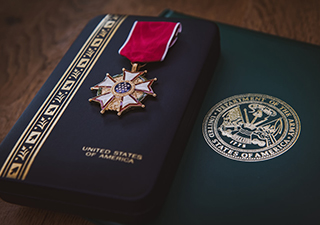