Panel discussion: Alexander Hamilton: What You Should Know

By Kerrie Tandle
Posted March 29, 2018
In
Panel discussion: Alexander Hamilton: What You Should Know2018-03-292018-04-13https://www.fenimoreartmuseum.org/wp-content/uploads/2018/01/fenimorelogo_red-1.svgFenimore Art Museumhttps://www.fenimoreartmuseum.org/wp-content/uploads/2018/01/fenimorelogo_red-1.svg200px200px
Fenimore Art Museum invites the public to “Alexander Hamilton: What You Should Know”–an in-depth panel discussion delving into the life of American statesman Alexander Hamilton. The program takes place on Saturday, April 21 at 4:00 p.m. and is free to the public. (Seating is limited and available on a first come, first served basis.) The panel features moderator Doug Ambrose, Distinguished Teaching Professor of History at Hamilton College, along with Carson Holloway, Professor of Political Science, University of Nebraska, Omaha, and Bradford Wilson, Executive Director of the James Madison Program in American Ideals and Institutions, Princeton, University, both co-editors of the two-volume set The Political Writings of Alexander Hamilton (Cambridge University Press, 2017). The discussion revolves around the assertion “What you should know about the politics of Alexander Hamilton.” The event is co-sponsored by the Fenimore Art Museum and The Alexander Hamilton Institute for the Study of Western Civilization in Clinton, New York.

The Fenimore is home to a collection of thirty-five letters exchanged between Hamilton and Aaron Burr, leading up to their fatal duel on July 11, 1804. These documents, although familiar to historians, have remained largely unknown to the public until recently when they were brought to light in the song “Your Obedient Servant” from the hit Broadway musical Hamilton. In 2017, a grant was awarded to Fenimore Art Museum by The Robert David Lion Gardiner Foundation to provide funding for a publication based on the museum’s collection. The book will be available later this year.

Fenimore’s collection of letters will also be the focus of a new exhibition–Hamilton’s Final Act: Enemies and Allies which opens Saturday, March 31, 2018.

Alexander Hamilton stands in the first rank of the American founders. To most minds, Hamilton belongs with that handful of men—such as George Washington, Thomas Jefferson, John Adams, James Madison, and Benjamin Franklin—whose contributions to establishing the American republic are most worthy of our remembrance and our study. Thanks to many fine biographies—and, more recently, a popular Broadway musical—the general contours of Hamilton’s meteoric career are well known: orphan immigrant to the North American colonies, aide de camp to General Washington, framer of the Constitution, lead author of The Federalist, the nation’s first secretary of the treasury, and victim of Aaron Burr’s bullet in their infamous duel of 1804.

Hamilton’s contribution as a political thinker, however, is less appreciated than it should be. In the course of his career, Hamilton wrote a massive amount about politics, often relating issues to enduring aspects of human nature, fundamental political principles, and codes of conduct—even as he also cautioned his readers that there are exceptions to every rule. In order to foster greater interest in the study of Hamilton as a political thinker and as a student and teacher of statesmanship, we offer this panel discussion, taking as its point of departure the recent publication of the two-volume collection, The Political Writings of Alexander Hamilton, and the Fenimore Museum’s own significant collections of manuscript letters on the Burr-Hamilton duel.

Douglas Ambrose is the Carolyn and David M. Ellis ’38 Distinguished Teaching Professor of History at Hamilton College, where he has taught since 1990. He holds a Ph.D. in history from the State University of New York at Binghamton. His teaching and research interests include early America, the Old South, and American religious history. His publications include Henry Hughes and Proslavery Thought in the Old South (LSU 1996) and The Many Faces of Alexander Hamilton: The Life and Legacy of America’s Most Elusive Founding Father (NYU 2006), a volume he co-edited with Hamilton colleague Robert W. T. Martin. He has edited and written the introduction to the late Eugene D. Genovese’s The Sweetness of Life: Southern Planters at Home (Cambridge forthcoming). He has also written numerous articles, book reviews and encyclopedia entries about Southern slavery and Southern intellectual life. Ambrose is one of three co-founders of the Alexander Hamilton Institute for the Study of Western Civilization. He is a recipient of Hamilton College’s Class of 1963 Excellence in Teaching Award and the Hamilton College Student Assembly’s Sidney Wertimer Award for mentorship. In 2016 Hamilton named him the Carolyn and David M. Ellis ’38 Distinguished Teaching Professor of History. He is currently working with the Fenimore Art Museum to transcribe and publish a collection of documents held by the Museum on the Burr-Hamilton duel.

Carson Holloway is a professor of political science at the University of Nebraska at Omaha and a visiting scholar in the Heritage Foundation’s B. Kenneth Simon Center for Principles and Politics. He is co-editor, with Bradford P. Wilson, of the two-volume work The Political Writings of Alexander Hamilton (Cambridge University Press, 2017). He is also the author of Hamilton versus Jefferson in the Washington Administration: Completing the Founding or Betraying the Founding? (Cambridge University Press, 2015). He has been a Visiting Fellow in Princeton University’s James Madison Program in American Ideals and Institutions and a Visiting Fellow in American Political Thought at the Heritage Foundation. His scholarly articles have appeared in the Review of Politics, Interpretation: A Journal of Political Philosophy, and Perspectives on Political Science, and he has written more popular articles for First Things, Public Discourse, National Review, and The Federalist.

Bradford P. Wilson is Executive Director of the James Madison Program in American Ideals and Institutions, Lecturer in Politics, and Faculty Fellow of Butler College at Princeton University. His interests include American constitutional law, American political thought, and Western political thought. Wilson is the author of Enforcing the Fourth Amendment: A Jurisprudential History and co-editor of three books: American Political Parties & Constitutional Politics, Separation of Powers and Good Government, and The Supreme Court and American Constitutionalism. He is also the editor of The Constitutional Legacy of William H. Rehnquist, published in 2015 by West Academic Publishing. He has coedited a two-volume edition of The Political Writings of Alexander Hamilton, published by Cambridge University Press in November 2017. His writings have appeared in the Review of Metaphysics, the American Political Science Review, Academic Questions, and law reviews, and as chapters in edited volumes. Wilson has served as President of the Association for the Study of Free Institutions since 2006. He was a Fulbright Senior Scholar at Moscow State University and Moscow’s International Juridical Institute in 1994-95, and, from 1984 to 1987, served as Research Associate to two Chief Justices of the United States, Warren E. Burger and William H. Rehnquist. From 1996 to 2004, he served as Acting President and then Executive Director of the National Association of Scholars and was Editor of the journal Academic Questions. He has been an editor of Interpretation: A Journal of Political Philosophy since 1982. He received his B.A. from North Carolina State University, his M.A. from Northern Illinois University, and his Ph.D. in Politics from The Catholic University of America. 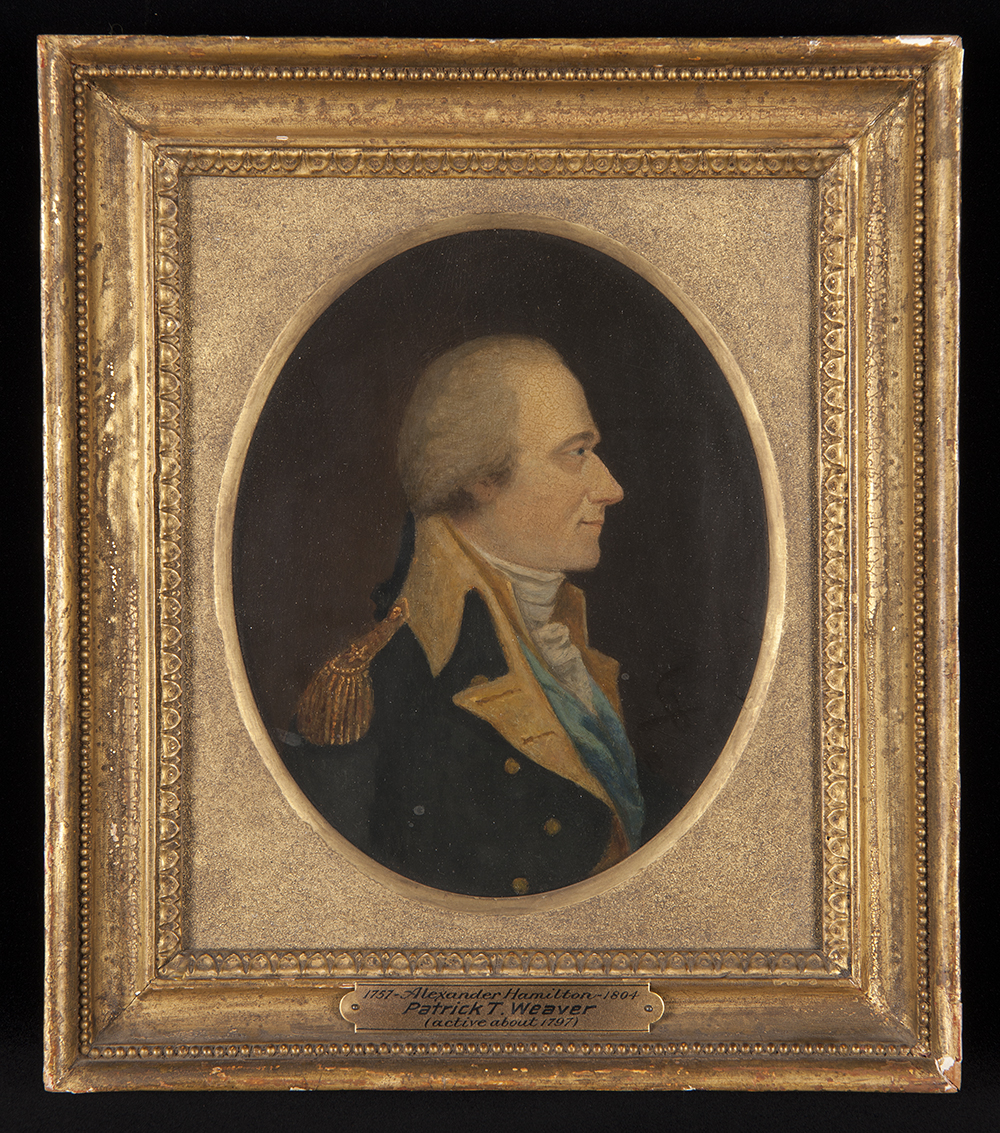