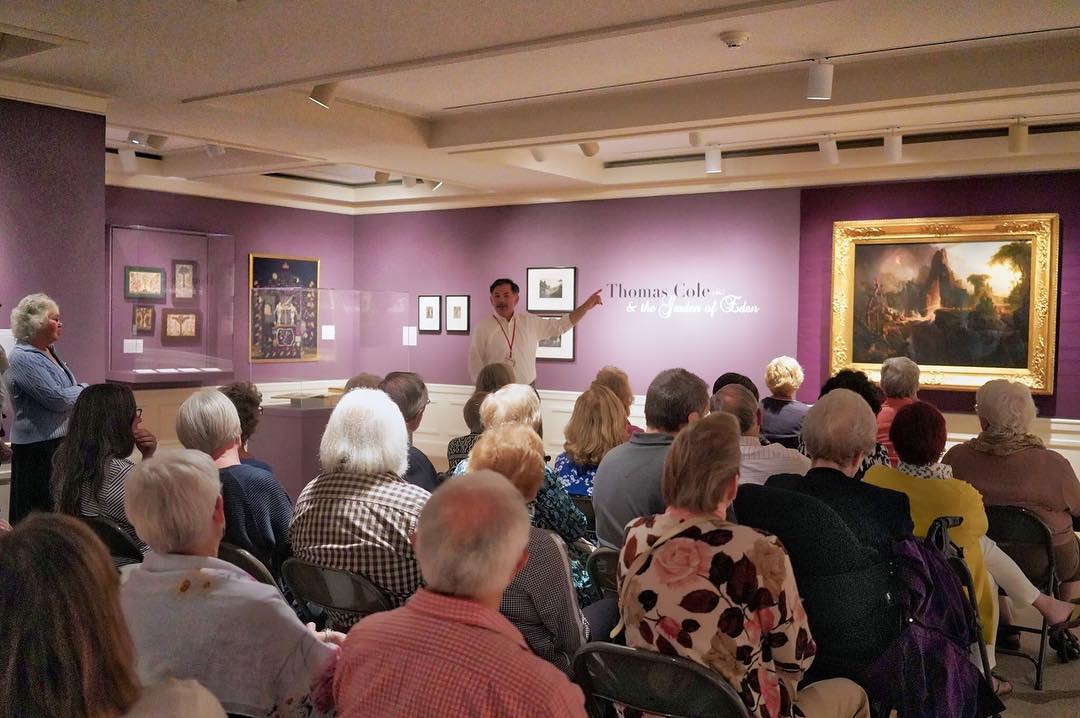 The 2018 season was highlighted by Thomas Cole and The Garden of Eden centering on Cole’s masterwork Expulsion from the Garden of Eden and exploring his aspirations for landscape painting at the start of his career. The exhibition contained sixteen original works from the collections of Fenimore Art Museum and more than a dozen other institutions and private collectors. Fenimore Art Museum planned an exciting slate of multidisciplinary programs to complement, explore, and animate the exhibition Thomas Cole and The Garden of Eden. The centerpiece of the exhibition, Expulsion from the Garden of Eden, from the Museum of Fine Arts, Boston, opened up a number of challenging themes for investigation: landscape as allegory, landscape as character, the role that choice and destiny play in life, and the ever-vexing relations between the sexes. Understanding that every individual has a different style of learning, the Fenimore aimed to offer opportunities that were wide-ranging, from illuminating lectures to edgy, immersive entertainment and everything in between.

The museum also presented hands-on workshops for both adults and children related to the exhibition. Susan Jones Kenyon led an adult painting workshop in which students recreated one of Cole’s works, and young children created their own landscape paintings after viewing the Cole exhibition during our Afternoon Art in August program.

Fenimore Art Museum staged two readings of The Diaries of Adam and Eve by David Birney in the Lucy B. Hamilton Amphitheater, free to the public. [Note: one performance was moved into the Fenimore Auditorium due to rain.] The reading was directed by Michael Henrici, and starred Michael and Danielle Henrici as Adam and Eve. The production featured its own set, costumes, and sound design, and attending audiences were treated to apple-themed concessions, all available by donation. This program was presented in association with Samuel French, Inc.

The Thomas Cole National Historic Site welcomed our members for the 2018 Member Trip, allowing them to further their exploration of Thomas Cole. The 2018 Annual Gala was inspired by the exhibition, and was titled The Garden of Eden. 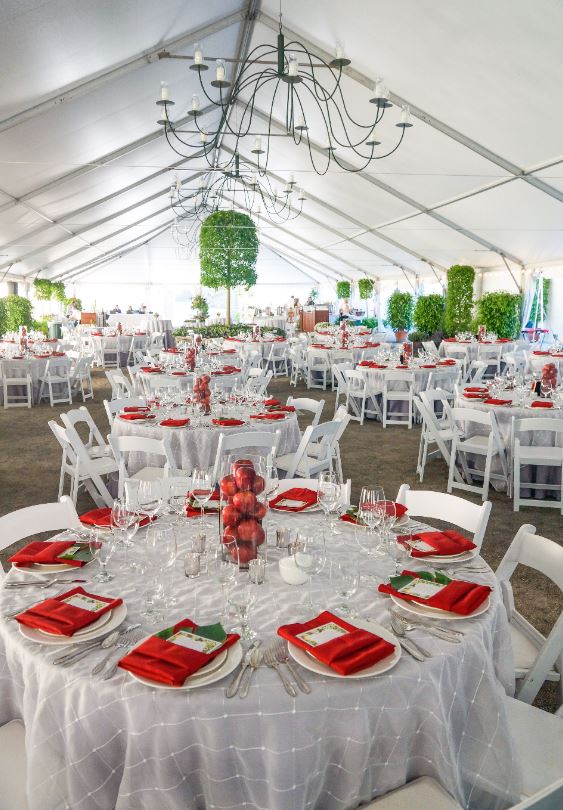 On July 20th, Fenimore Art Museum and The Farmers’ Museum held their annual summer gala. The event was held at the Iroquois Stable and Greenhouses for the first time in its history, which allowed guests to tour the museums’ art collections in the storage facility on site. The theme of the event was inspired by the Thomas Cole exhibition at the Fenimore. Upon arrival to the gala, guests were greeted by “vine people” on stilts, and serenaded by a harp player. As always, the evening included a delicious meal and the excitement of live and silent auctions. The guests pledged just under $9,000 of support for New York History Day programming. 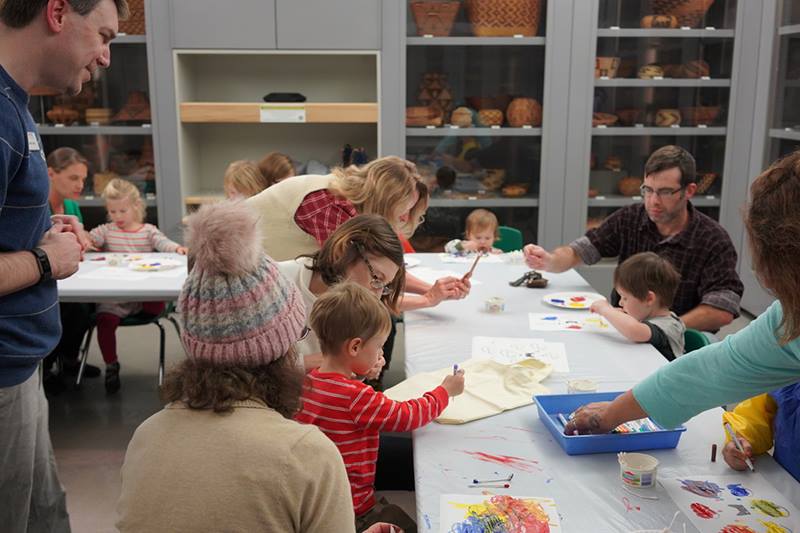 In November and December of 2018 Fenimore Art Museum launched its first Preschool Tuesdays, carrying the torch after an incredibly successful run at The Farmers’ Museum during the summer and early fall. Ten to twenty toddlers, preschoolers and their guardians joined us for the program each day which featured a variety of programming designed to keep young people engaged and excited about the arts. The one-hour programs include storytelling, in-gallery games and activities highlighting artworks in both the permanent collection and temporary exhibitions, a hands-on craft to take home, and performance-based activities in the museum’s Auditorium. In the spring of 2019 Preschool Tuesdays continue and will be centered around the special exhibition, Elephant & Piggie in We Are Art! 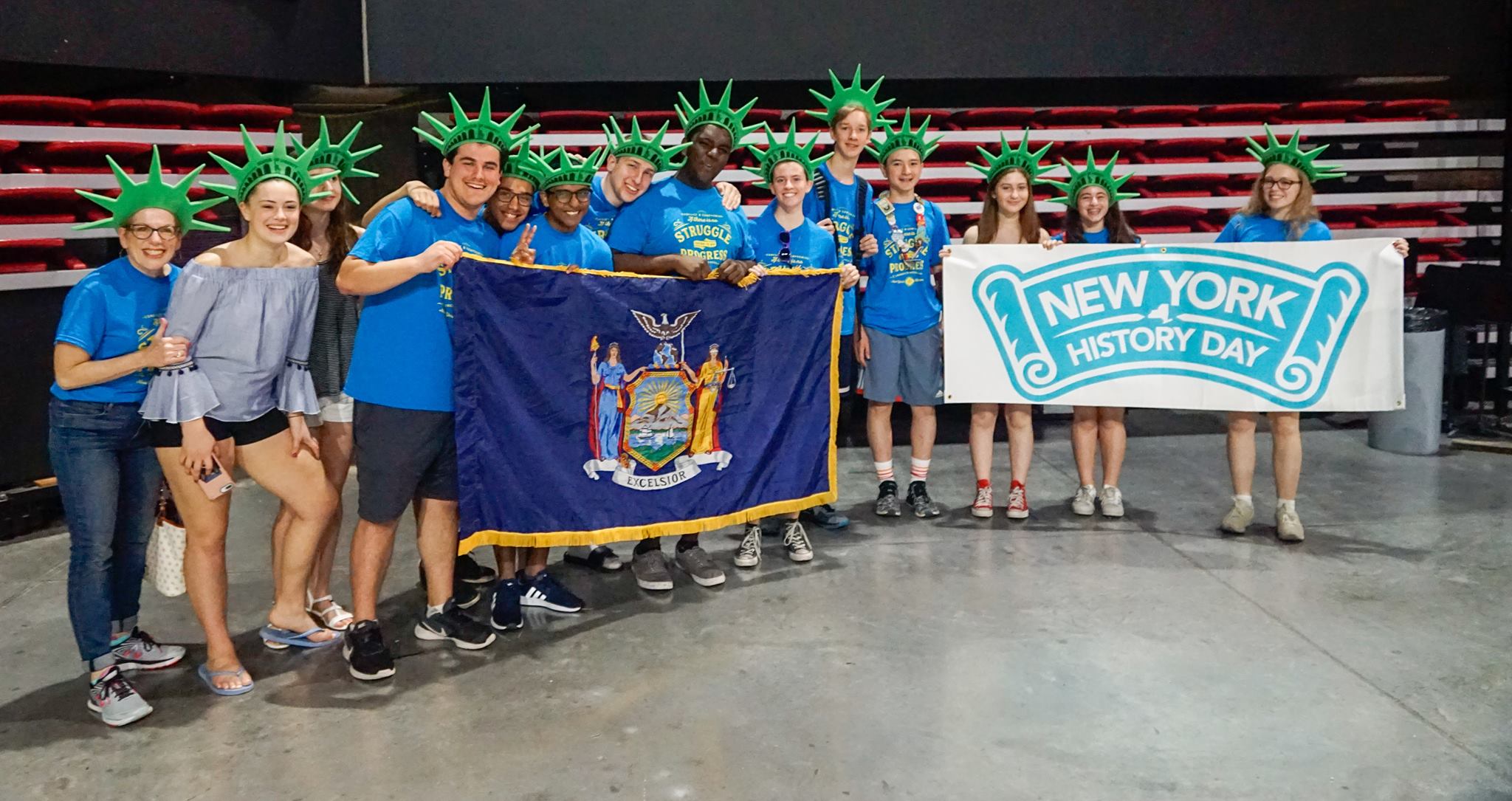 National History Day (NHD) is a year-long academic program focused on historical research, interpretation and creative expression for 6th- to 12th-grade students. Students who participate in NHD become writers, filmmakers, web designers, playwrights and artists as they create unique contemporary expressions of history. More than half a million students participate in the program annually. Students engage in original research on historical topics, and compete with other students in local, regional, and affiliate or state contests, with the top students advancing to the national contest at the University of Maryland in College Park.

Since 1980 Fenimore Art Museum has been the NHD host and coordinator for New York State. In 2018, approximately 13,000 New York students participated in History Day contests at their local schools. 1,980 students participated at the various regional levels, and over 500 competed at the state contest in Cooperstown. Of these, seventy-five students from throughout New York went on to represent our students and schools at the national contest.

The theme for 2018 was Conflict and Compromise, and students picked topics relating to the theme. Student projects included papers, documentaries, websites, exhibits, and performances. On New York History Day, April 23, 2018, the campuses of both Fenimore Art Museum and The Farmers’ Museum were filled with happy, anxious, and excited students from across the state, cheered on by their teachers and family members. It was an extremely busy and highly gratifying day for students, staff, judges, and other volunteers who make this such a memorable annual event.

In 2018 Fenimore Art Museum launched its series of MORECards, special sets of postcards offered complimentary to museum visitors. MORECards feature images of artworks in the museum’s permanent collection (and in some cases special exhibitions, such as Thomas Cole and the Garden of Eden, sponsored by ArtBridges) and offer interesting facts about the artwork or artist as well as a question or suggestion meant to foster closer investigation, open interpretation, and conversation. Cards are organized into five sets of three cards, each set based on a different theme. For example, Face to Face highlights portraits in the collection, while In Process focuses on the production of the artworks and objects themselves. Thousands of these card sets were collected by visitors in 2018. 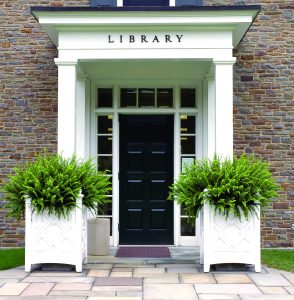 No matter the time of year, there is always so much happening at the Research Library. Below are a few noteworthy events that took place just last year.

On May 30th, we had the distinct pleasure of meeting current Librarian of Congress Dr. Carla Hayden while she visited Cooperstown for the Symposium on Baseball and American Culture. A very special behind-the-scenes tour was arranged to highlight some of our most important American manuscript collections. These included items from the Jacob Morris Archive, Belva Lockwood Collection, and the Lincoln Autopsy Notes.

In October, staff delivered two professional development seminars for Long Island historians and museums. Supported through a generous grant from the Robert D. L. Gardiner Foundation, these workshops utilized our Hamilton-Burr Duel Collection as an example of archival best practices and best practices for incorporating historic documents into school programs.

In December, the Library was awarded the first of two digitization grants from South Central Library Council. Both focus on Otsego County newspapers and will be complete by 2019’s end.

We hope to see you at the Library soon! For more information about the Research Library, please email or call (607) 547-1470.

Our collections acquisitions for 2018 illustrate the breadth of interests encompassed by Fenimore Art Museum. We were saddened by the passing of Gene and Clare Thaw but proudly carry on their legacy through the Thaw Collection of American Indian Art as well as the generous gifts of American art made in 2018. These include the magnificent Elk Swimming the Platte by Alfred Jacob Miller and several stunning still life paintings by Harriet Yost, Clare Thaw’s great-grandmother. Other acquisitions include three original photographs by Ansel Adams, depicting sites inhabited by Native American tribes represented in the Thaw Collection. These images are part of a new initiative to collect world-class American photography of sites connected to our American Indian art masterworks. We are also thrilled to include Victoria Wyeth among the photographers in our collection, as we accepted three intimate and beautiful images she created of her grandfather and Uncle, Andrew and Jamie Wyeth.

Auction catalogs. A collection of over 300 auction catalogs illustrating important 20th century works of American Fine and Folk Art. Auction houses include American Art Association / Anderson Galleries, Christies, Parke Bernet, and Sotheby’s; many of the publications are rare or hard-to-find. Gift of Jon and Becky Zoler. 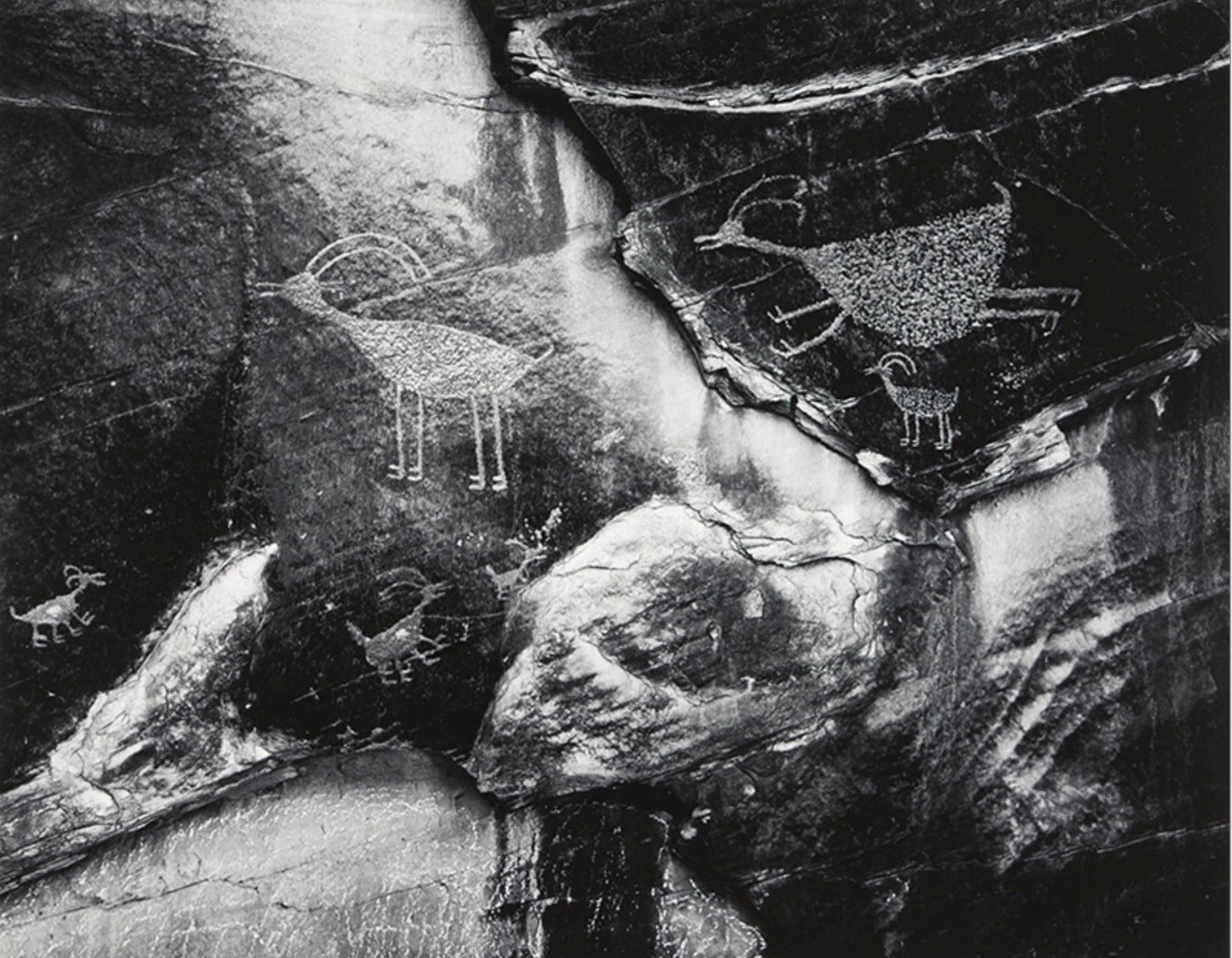