Art By The Lake 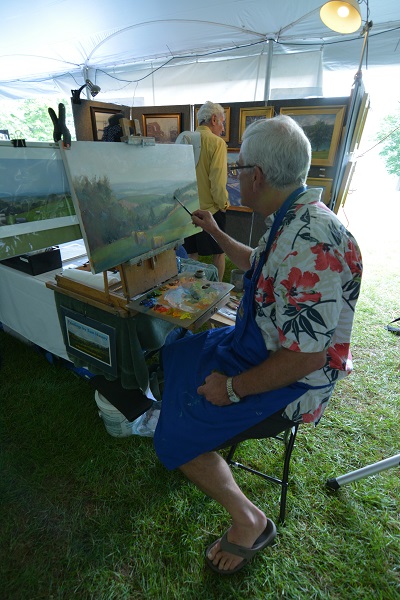 Held on August 6, 2016, the ninth annual Art by the Lake juried art invitational continued to delight artists and art-lovers.  Great music, food, and drink punctuated the day as we celebrated the talent abounding in Central New York with our highest attended event to date.  For the first time in the event’s history, photographers were invited to vend and exhibit alongside landscape painters, significantly broadening the pool of participating artists.  Several awards were presented including the prestigious Fenimore Award, which “recognizes the one work of art that can be considered museum quality.” 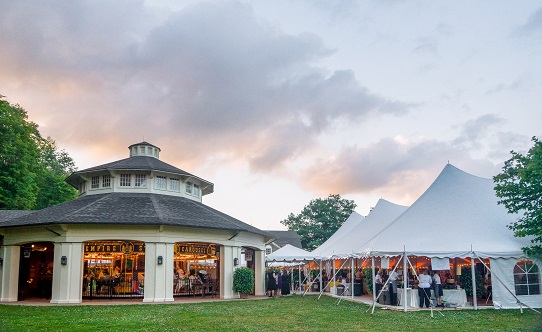 On July 15, 2016, supporters of The Farmers’ Museum and Fenimore Art Museum celebrated the 10th anniversary of the Empire State Carousel at Carousel! The Gala.  Our one-of-a-kind carousel spun late into the night while guests dined on food and drinks representing the eight regions of New York State as depicted on the carousel’s folklore panels.  The night featured special musical guest Scattered Flurries, a regional classic rock band, and a unique and exciting silent auction for gala guests.  Each year, the annual summer gala raises funds to support education programs at both museums.  This year, the event raised over $80,000!

In 2016, over 8,000 children of all ages participated in education programs, receiving hands-on experience with history and art at The Farmers’ Museum and Fenimore Art Museum.  Studies have shown that school-age children’s visits to museums increase their content retention, improve their critical thinking skills and inspire lifelong museum visits. We are thrilled to offer students these opportunities, thanks in part to the funds raised at Carousel! The Gala.

Thank you to the evening’s generous sponsors and guests who made contributions to support educational programming at The Farmers’ Museum and Fenimore Art Museum! Special thanks to the gala committee, Jane Forbes Clark, Shelley Graham, Cory Moffat, Carrie Thompson and Lucy Townsend. Their leadership helped make the whole night possible!

Fenimore Art Museum’s production of Arthur Miller’s The Crucible in the stunning Lucy B. Hamilton Amphitheater was wildly successful. Approximately 880 theater lovers were in attendance across 9 performances in July and August. The feedback from our audience was extremely complimentary, including the following reviews on social media: 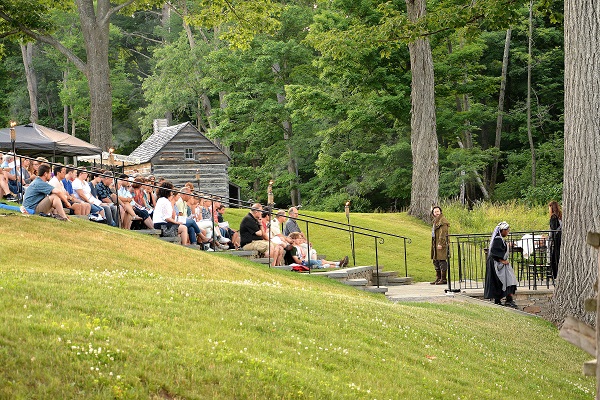 “It’s mesmerizing. By any means, go.”

“It was incredible. I was moved to tears. The acting was excellent. We are so fortunate to have this group offer very affordable, quality theater!”

“The characters and story were so engaging and the actors were exceptional! It was a beautiful night to enjoy theater under the stars!”

“This was wonderful – I liked it better than the one on Broadway!”

“An absolute must-see when you are in Cooperstown!!”

Beyond the audience response, The Crucible provided a unique opportunity for local theater practitioners to learn and work together on a high-quality, main stage production. Through very careful casting, seasoned, professional actors anchored the production in lead roles, and supporting parts were filled with the most gifted, experienced amateurs in Otsego County.  In 2017, summer theater in the Lucy B. Hamilton Amphitheater will return with William Shakespeare’s A Midsummer Night’s Dream.

A special thank you to the sponsors of our production: The Clark Foundation, Bank of Cooperstown, G & T Farm, NYCM Insurance, Stewart’s Shops, Cooperstown Rotary Club and the Otsego County Board of Representatives. 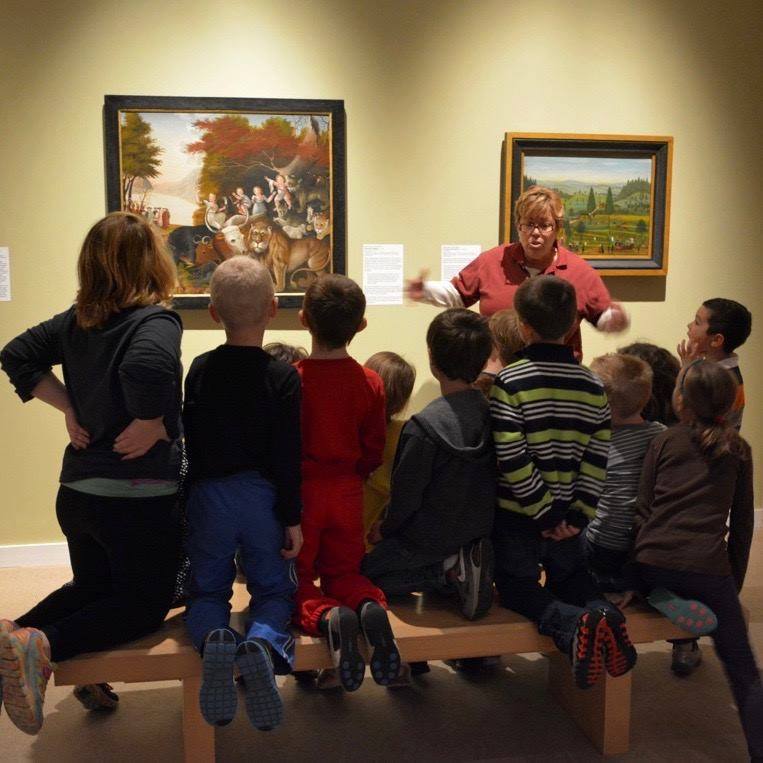 Even as teachers nationwide wrestle with restrictive district budgets and limited support for field trips, 5,563 students visited Fenimore Art Museum in 2016.  The Education Department invested a significant amount of time developing relationships with teachers and local schools as we explored new pathways into the state curriculum. Our most popular program, Museum Quest, allowed school groups to move through a circuit of activity stations. Previously offered only in the spring, Museum Quest was expanded in 2016 to the spring and fall. The Six Nations Tour (Iroquois history and culture) and Thinking Through Art (visual thinking strategies-based learning) continued to be our strongest direct ties to the state curriculum. In particular, the Six Nations Tour was unique because Fenimore Art Museum’s renowned Thaw Collection and onsite Native American domiciles allow students to have an unparalleled immersive experience.

To complement these various school offerings, we maintained three “Art Carts” –movable chests filled with touchable teaching objects and activities.  In 2016, we created a new Photography Art Cart to pair with our exceptional Ansel Adams exhibition. Students and teachers, as well as the general public, thrilled at the opportunity to handle cameras from various ages and stages of technological development. 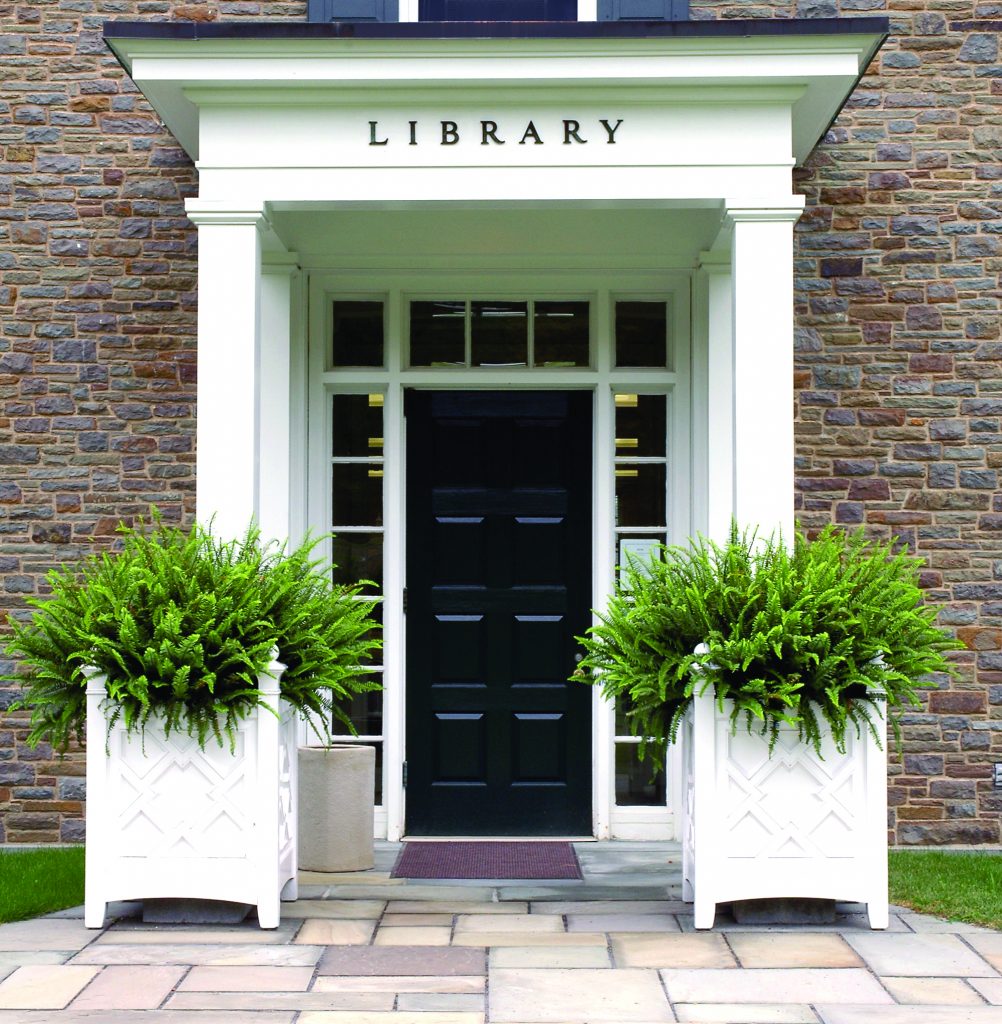 In 2016, two significant grant applications allowed for increased access to the library’s collections. The Gladys Kreible Delmas Foundation and the South Central Regional Library Council supported a large project to make collections related to Otsego Lake more accessible to users. The local history collection was relocated to the main reading room and the Smith-Telfer and Ward Collections of photography were also moved to the main level. Placing these most popular collections front and center makes them more accessible to library users. Access to resources was also improved in 2016 with the purchase of a new library catalog system. The product is designed specifically for special libraries and allows for streamlined searching and easier cataloging functions.

To better advertise the amazing collections, two colorful banners were installed on the front of the library. Summer interns assisted with the development of the Fenimore Art Museum’s Hamilton/Burr exhibition, Hamilton’s Final Act, which highlights the collection of letters exchanged between Alexander Hamilton and Aaron Burr, and their seconds, in planning the fatal 1804 duel. 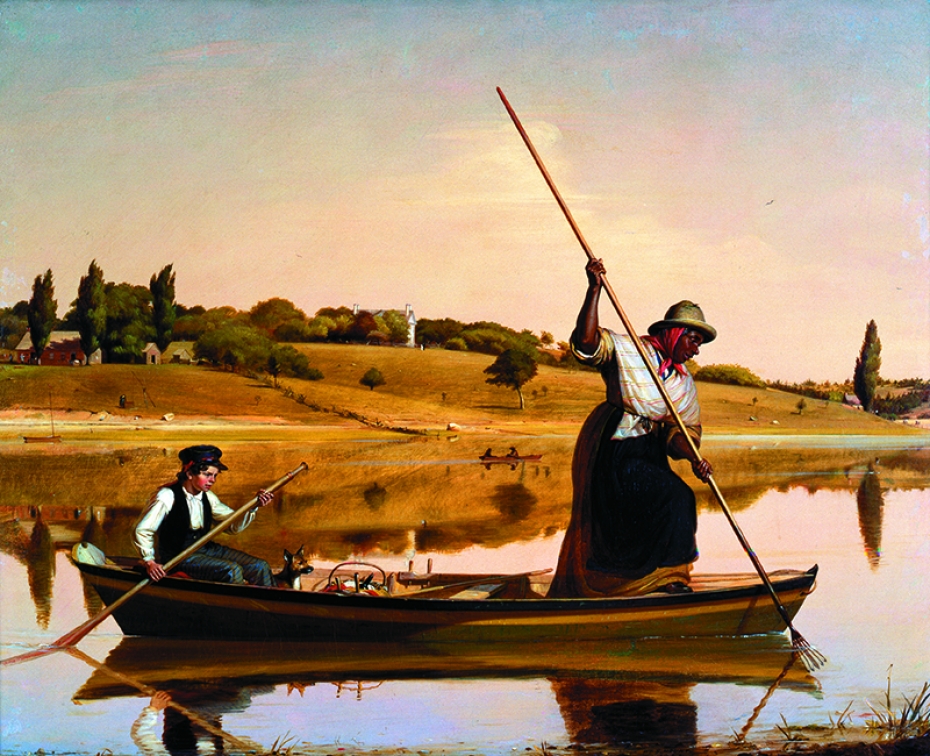 Eel Spearing at Setauket, 1845, by William Sidney Mount (1807-1868), a gift of Stephen C. Clark, Sr. is travelling through the end of 2017 to four United States venues as part of Wild Spaces Open Seasons: Hunting and Fishing in American Art. The exhibition is organized by the Joslyn Art Museum in Omaha, Nebraska and will also travel to Dixon Gallery and Gardens in Memphis, TN, Shelburne Museum in Shelburne, VT, and Amon Carter Museum of American Art in Fort Worth, TX. This is a significant loan as this treasure of our collection rarely leaves Cooperstown.

Conservation of our collection is always a priority at the museum. Conservation treatment of Lake Party at Three Mile Point, ca. 1859, by Remy Mignot, was made possible by Greater Hudson Heritage Network’s Conservation Treatment Program. Williamstown Art Conservation Center’s textile conservator, Gretchen Guidess, conducted a conservation survey of embroidered pictures and garments in the museum’s collection, including mourning needlework, metallic-embroidered garments, and select items from the Thaw collection.

Drawing. Residence of Mr. and Mrs. I. Snell, Minden, NY, 1896 by Fritz Vogt. Graphite and colored pencil on paper. Gift of Frank Tosto, in memory of Michael L. Kitner.

Paintings. Boy in Blue Chair and Royal Figure in Green Frame by Eddy Mumma (1908-1986), oil on board. Gift of Josh Feldstein.